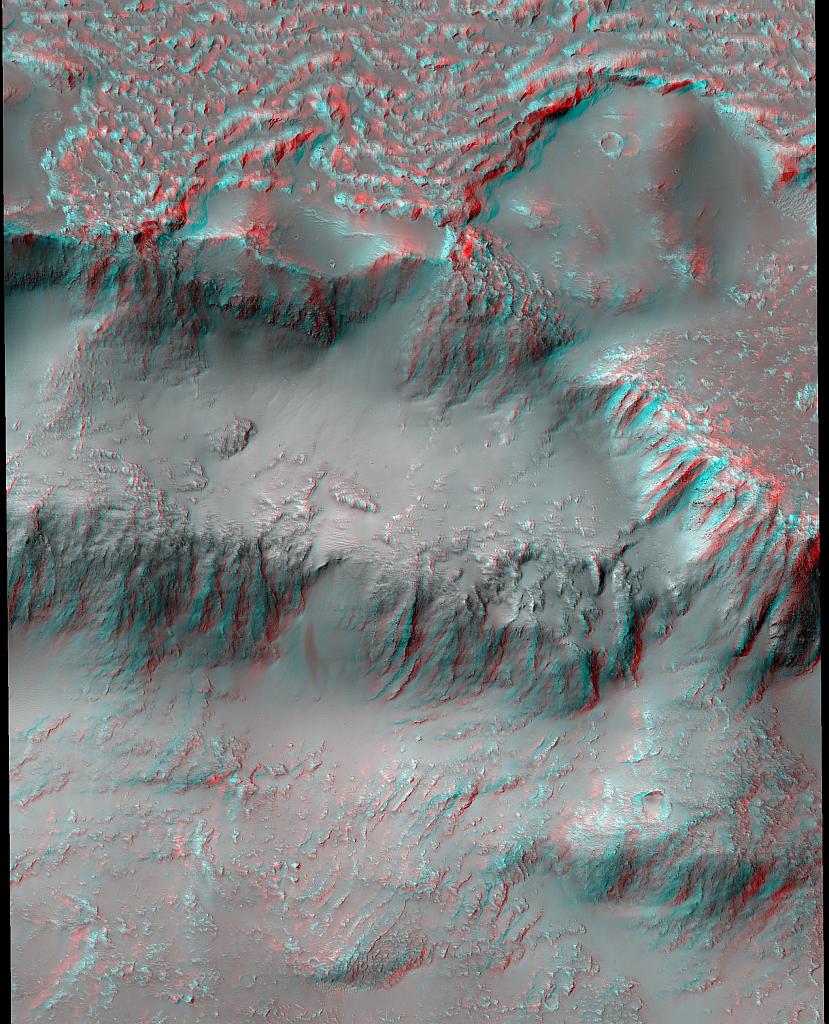 Today’s Astronomy Picture of the Day is an image rendered in stereo taken by a Martian satellite. The depth of this image when using the red/cyan glasses is pretty amazing.

This stereo anaglyph was created by combining two images recorded by the HiRISE camera onboard Mars Reconnaissance Orbiter. The multi-level falls were created as flowing lava breached sections of the northern rim of a 30-kilometer diameter martian crater, located in the western part of the Red Planet’s volcanic Tharsis region. As the molten lava cascaded down the crater wall and terraces to reach the crater floor it left the distinctly rough, fan-shaped flows on the steeper slopes. North is up and the breathtaking 3D view is 5 kilometers wide.