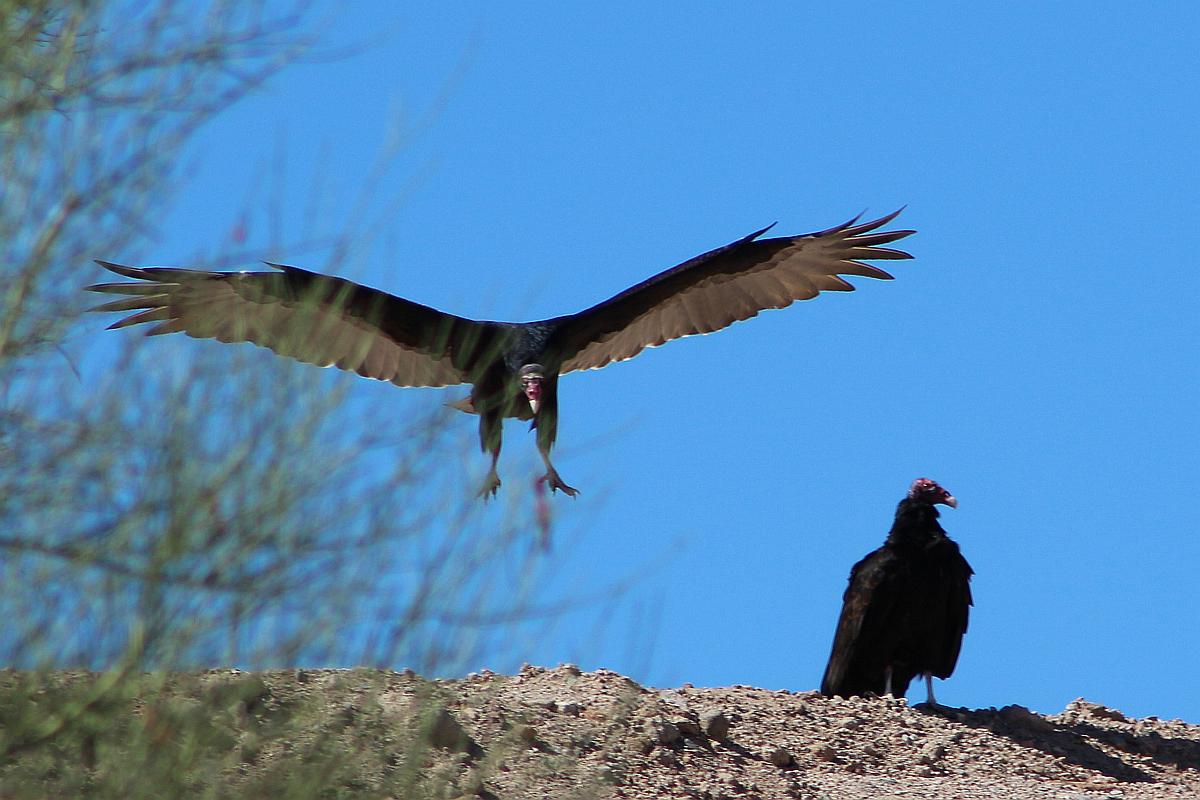 Now that Summer has abruptly ended (a 20° drop in daily high temperature since the first day of Fall), the Turkey Buzzards (Vultures) have been showing signs of migrating south for the Winter. Today, there were several circling overhead (as they generally do) and these two came to roost on the ridge just to the west of our back yard. It’s as if they dropped in to say adios as they head to Mexico. They will return sometime in the Spring of 2020.

More about Turkey Vultures from Wikipedia:

The Turkey Vulture (Cathartes aura) is a scavenger and feeds almost exclusively on carrion. It finds its food using its keen eyes and sense of smell, flying low enough to detect the gasses produced by the beginnings of the process of decay in dead animals. In flight, it uses thermals to move through the air, flapping its wings infrequently. It roosts in large community groups. Lacking a syrinx—the vocal organ of birds—its only vocalizations are grunts or low hisses. It nests in caves, hollow trees, or thickets. Each year it generally raises two chicks, which it feeds by regurgitation.

We look forward to seeing the Buzzards in the Spring when their return signals warmer weather ahead for us. Click on the image to enlarge.