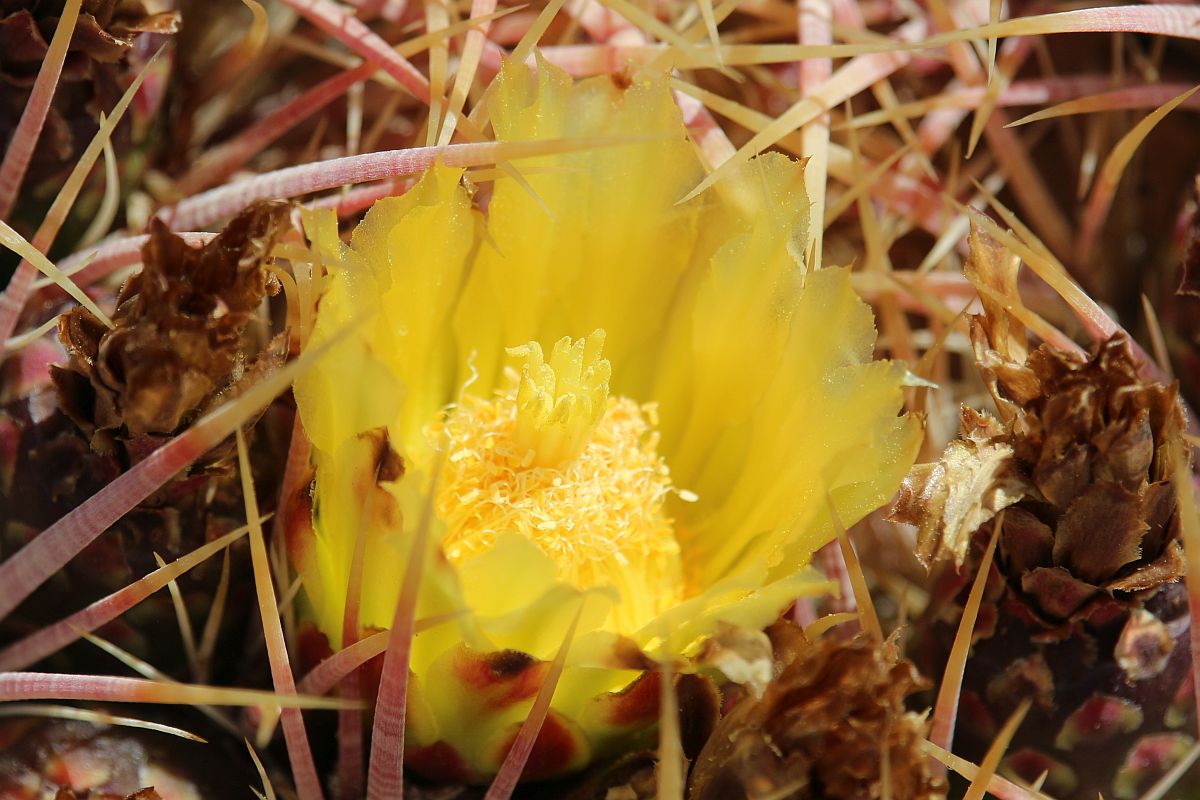 I happened to be up in the “outback” (the hill behind the RV drive) yesterday to take photos of our recently recovered RV slide-out toppers when I noticed a flower opened on our Compass Cactus (Ferocactus cylindraceus). These flowers open generally in May and June, but as has been the case this year, many cacti around town have had late blooming flowers here in mid to late July. Click on the image to enlarge.

From LLIFLE (Edited for brevity):

Origin and Habitat: The various variety of Ferocactus cylindraceus (= Ferocactus acanthodes) are spread in the southern of United States (central and western Arizona, southeastern California Nevada, and Utah) and southwards into Mexico (Baja California and Sonora).

Habitat: This cactus is locally abundant in arid gravelly or rocky foothills, canyon walls, fans and wash margins, sometimes on the plains among creosote bush scrub, it also utilizes slopes and acid igneous rock lands. The species is limited in its northwards range by frost conditions. To reduce the damage by frost the plant is found on south facing slopes and it leans to the south to protect the sensitive growing tip by placing it for best exposure to the sun.