Wickenburg’s Gold Rush Days is in progress this weekend. The owners of dozens of classic cars showed them off on Frontier Street today. Verna snapped a hundred and seven images at the event. I selected several of her photos to include in this classic car slideshow. Move your mouse cursor over the slideshow to pause, move out to resume.

We took a ride up to Congress, AZ today, to arrange for a custom gate for our new courtyard. It turns out that Mike’s place of business is quite a collection of art and things that snap us into the past like this nostalgic garage from the 1920s. We rendered it in sepia to enhance the nostalgia. 😉 Click on the image to enlarge. 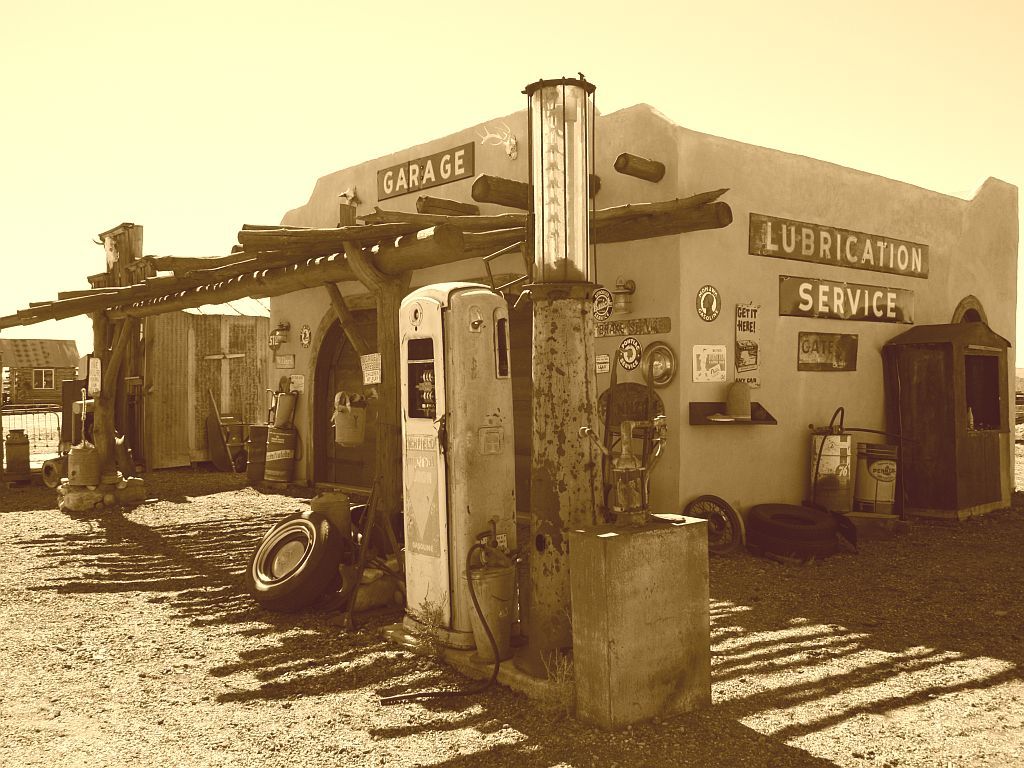 This beautiful 19th century brick and wood structure dominates the center of picturesque Florence, Arizona. The Pinal County Courthouse is an artifact of the old west, built when Arizona was still a territory. It’s just beautiful! Click image to enlarge. 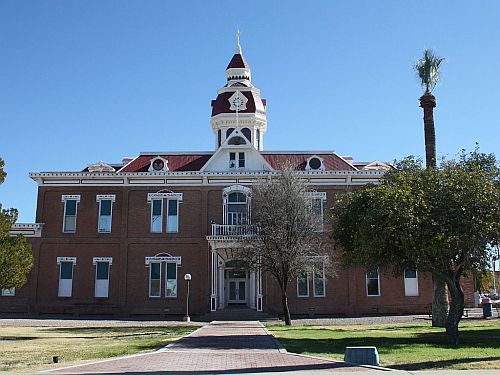 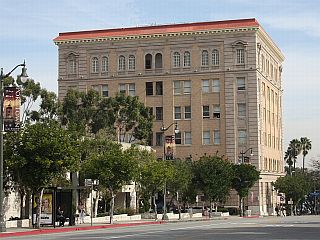 We took a little drive yesterday to drop off some hazmat at the recycle center in San Pedro. We were also curious about the opening of the new 22nd Street Park. On the way through town, I stopped and took this photo of one of the prettiest buildings in San Pedro.

This is the San Pedro Municipal Building, built in 1927. Since it is a steel structure inside, the building survived the terrible earthquake that hit the area in 1933. It would have been a shame for this beautiful Gothic and Art Deco structure if it were demolished. We’re glad that it is still there.

This is the San Pedro Municipal Building, also known as the “San Pedro City Hall”. Construction began in 1927 and completed the fall 1928. This seven-story Beaux Arts edifice has both Neoclassical and Baroque characteristics. It was built by the Charles W. Pettifer Construction Company under the supervision of Charles O. Britain of the City of Los Angeles Construction Dept. At 112 feet high, it is the tallest and one of the most recognizable structures in San Pedro. It is built of steel frame, brick and molded stone. The 7th floor housed an old jail that was nicknamed, “7th Heaven”. The 6th floor housed a beautiful wood paneled courtroom. A fire station occupied the ground floor basement, but was converted to a garage. The building has recently been renovated and retrofitted.

Bob photo shopped the image to get rid of the ugly communications towers on top of the building. Click on the image to enlarge. 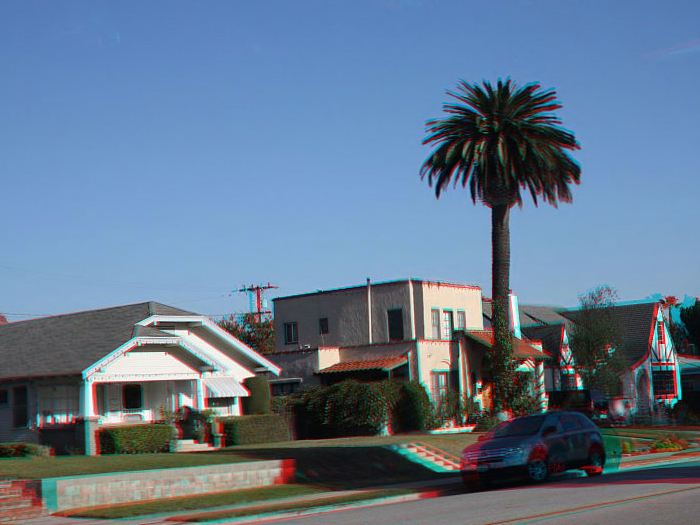 Every once in a while, Verna will capture a pair of images that I can merge into a three dimensional anaglyph image. This is one of those.

We were driving to a doctor appointment this morning and our route took us through old town Torrance. Verna took a pair of images out of the the truck window. The motion of the truck gave the images the perspective shift necessary for depth perception.

Click on the thumbnail image to enlarge. If you don’t have your 3D glasses handy, you can see the 2D image here.

We dropped into the Botanic Garden today to check out the advertised “Fabulous Fifties” car show held on the upper meadow. We thought we could get a photo op for our blogs. There were a few classic American built cars there, but it was overwhelmingly dominated by European cars. We were both sort of disappointed, since we expected more in the way of the cars we grew up with and learned to drive.

I took this panoramic image of the setup on the upper meadow. Click for the full-sized image.