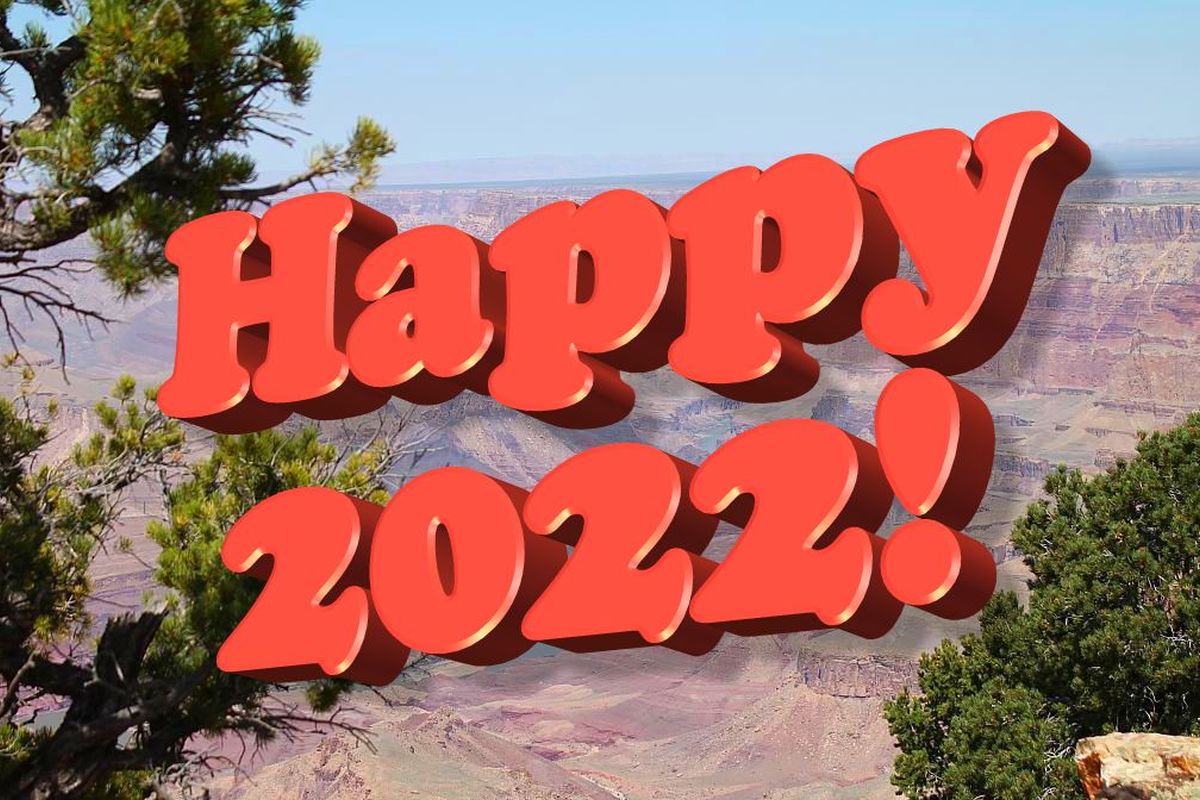 Wishing you a very happy and prosperous New Year in 2022! We don’t have a lot of news to report for the past year and, at our ages, that’s a good thing, I expect. In the coming year, we are hoping to resume some travel in the big RV which has been sitting for way too long. Meanwhile, we’re biding our time until the traveling weather gets here, hopefully sooner than later. 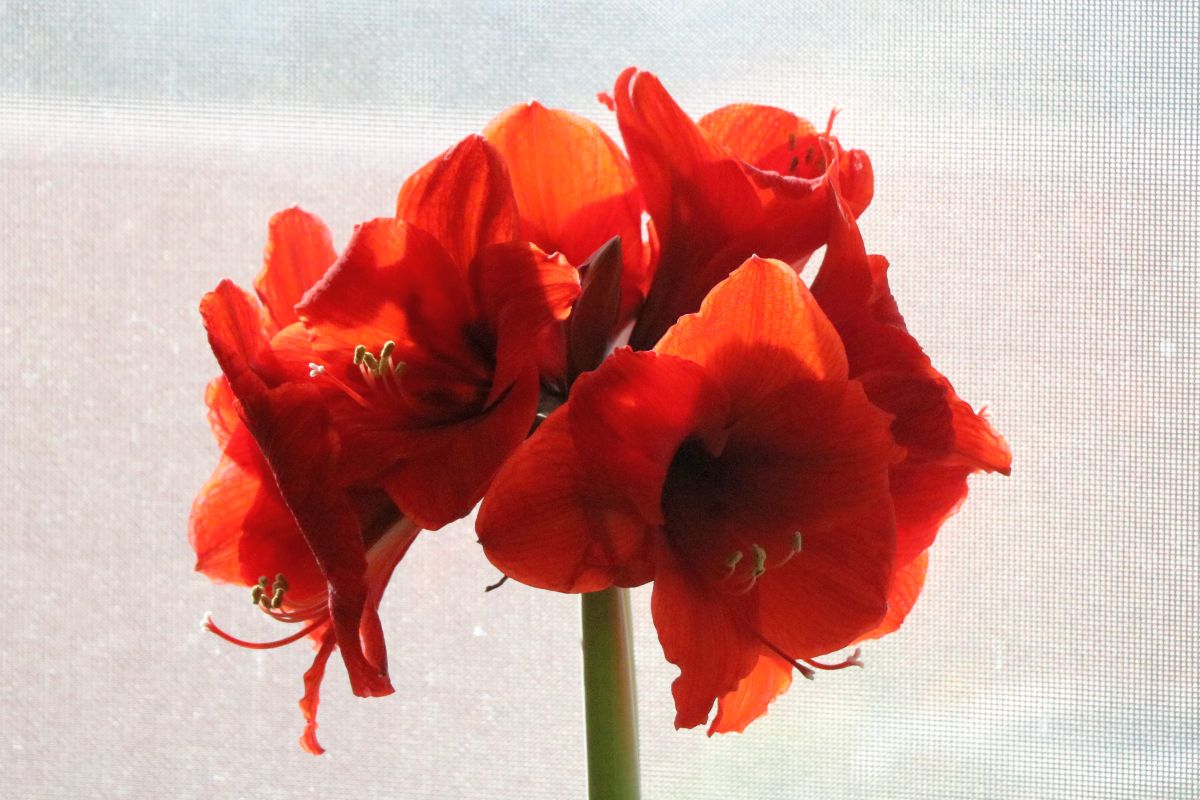 Christmas week is here and we wish you a very Merry Christmas!

So Joseph also went up from the town of Nazareth in Galilee to Judea, to Bethlehem the town of David, because he belonged to the house and line of David. He went there to register with Mary, who was pledged to be married to him and was expecting a child. —Luke 2:4-5

While they were there, the time came for the baby to be born, and she gave birth to her firstborn, a son. She wrapped him in cloths and placed him in a manger, because there was no room for them in the inn. —Luke 2:6-7

But the angel said to them, “Do not be afraid. I bring you good news of great joy that will be for all the people. Today in the town of David a Savior has been born to you; he is the Messiah, the Lord. This will be a sign to you: You will find a baby wrapped in cloths and lying in a manger.” —Luke 2:10-12

May the Joy of Christmas be in your hearts in this Holy Time.

“Enter His gates with thanksgiving, and His courts with praise. Give thanks to Him and praise His name. For the LORD is good and His love endures forever; His faithfulness continues through all generations.” —Psalm 100:4-5 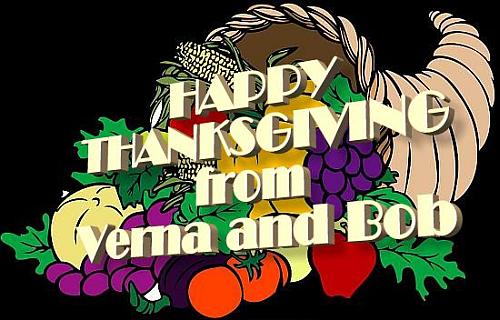 Well, here we are once again entering the Holiday season with the first big eating day upon us. Verna and I will be celebrating with a fairly standard Thanksgiving Dinner consisting of (subject to last-minute changes): Smoked Turkey Breast with Cranberry Sauce, Collard Greens, Andouille and Cornbread Stuffing, and Mashed Fauxtatoes.

The Fauxtatoes are actually Mashed Cauliflower and the Cornbread, similarly, is a Keto Diet friendly mix of low carb items. The Cranberry Sauce is sugar free (mostly) and the gravy is made with almond flour and low carb ingredients. All of this while keeping an eye on the sodium content. Nonetheless, our experience is that Thanksgiving Dinner will be just as delicious as anybody could want.

We hope that you all will have a very Happy Thanksgiving Day! Now, excuse me – I have to get the turkey breast ready for the smoker.

This 5th of May, 2021, Verna and I have decided to skip the traditional “Cinco de Mayo” and celebrate “Beltane” instead. The Cross-Quarter day (midway between the spring equinox and the summer solstice) of Beltane, an ancient Celtic day of importance, occurs on May 5th this year according to the “Grand Octal Clock” which can be seen at the Archaeoastronomy.com website.

So, to celebrate the Celtic First Day of the Summer Season, we will be preparing a traditional Irish dinner of Corned Beef and Cabbage along with some boiled vegetables. I know, we just had that on March 17th for St. Patrick’s Day, but we like to have this meal more than once a year.

I discussed our Irish Ancestry in a post on St. Patrick’s Day last year. I also have English, Welsh, Scottish and some other mixed Northern European heritage along with a couple of Italians and one Choctaw great6th grandmother. Doing the math, that Indian ancestor qualifies me for Native American heritage benefits four times greater than Senator Elizabeth “Fauxcahontas” Warren. Of course, I wouldn’t do that – I’m not a Democrat.

So, since neither Verna nor I have any Hispanic Genealogy, we will probably be more inclined to celebrate Beltane than Cinco de Mayo in the future on May the 5th. That being said, we will still, of course, indulge in Tex/Mex Cuisine from time to time.

Happy (Insert Your Preferred 3/5 Celebration Here) to you!

May 5, 2021 by Bob Culture Food and Dining Holidays 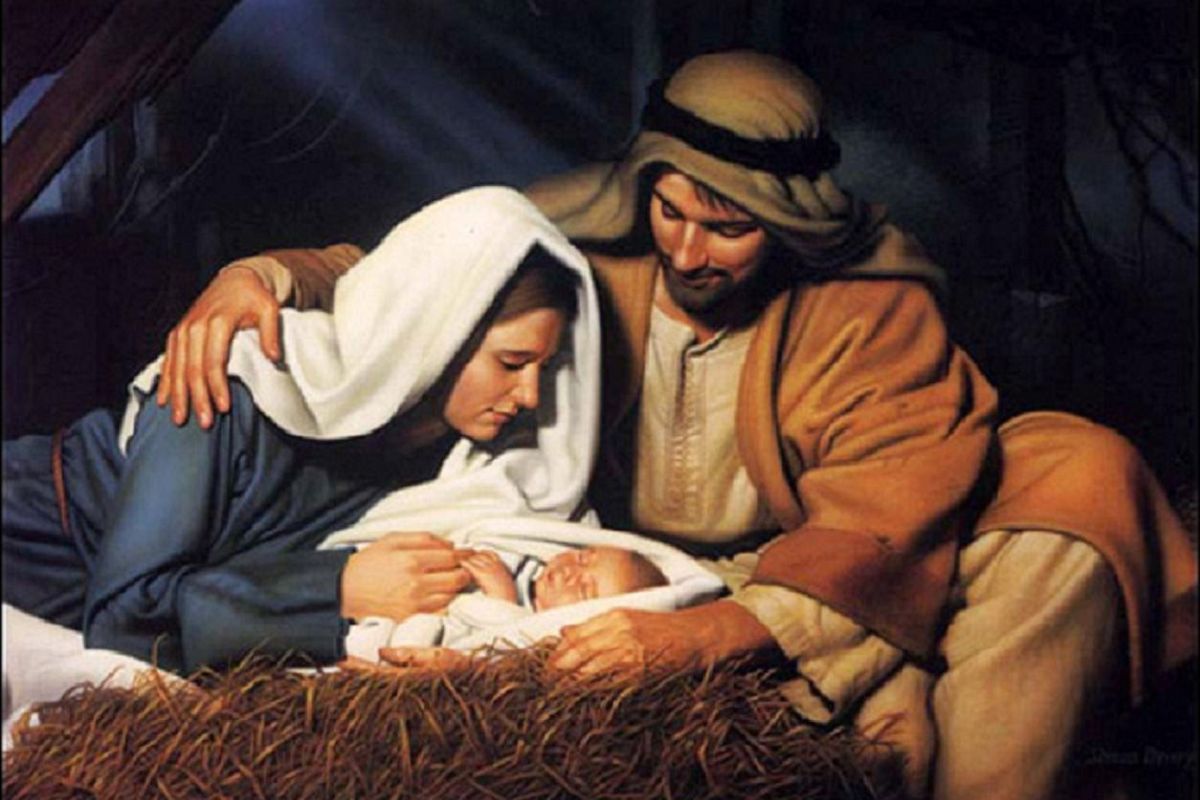 The first chapter of Matthew, in the New Testament, describes the lineage from Abraham, down through King David and eventually through forty-two generations in all from Abraham to Joseph, the Husband of Mary, Mother of Jesus. Thus, because of a decree from the Roman Emperor to the citizens of Judea, Mary and Joseph were destined to go to the City of David, in Bethlehem, where the Christ Child was born.

Later, also in the first chapter of Matthew, comes the annunciation of the Angel of the Lord as delivered to Joseph in a Dream:

. . . behold, the angel of the Lord appeared unto him in a dream, saying, Joseph, thou son of David, fear not to take unto thee Mary thy wife: for that which is conceived in her is of the Holy Ghost. And she shall bring forth a son, and thou shalt call his name JESUS: for he shall save his people from their sins. Now all this was done, that it might be fulfilled which was spoken of the Lord by the prophet, saying, Behold, a virgin shall be with child, and shall bring forth a son, and they shall call his name Emmanuel, which being interpreted is, God with us.

The prophetic scripture referred to in the last sentences is from Isiah 7:14 in the Old Testament.

In these days of muted activity during these unusual times and circumstances, we remind you that the Spirit of God is still as strong as ever and through that Spirit, we wish you a very Merry Christmas and hope for joy in the new year of 2021. We pray for you to stay well, to be strong and to be prepared for whatever eventualities that may be in store for us in these bizarre and interesting times to come. May God Bless Us All. 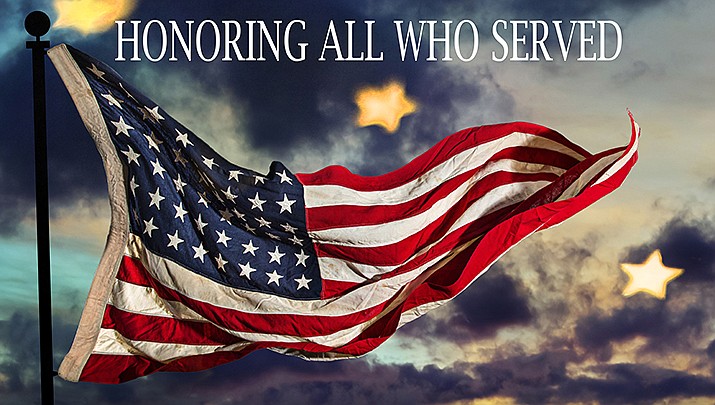 Armistice was declared for the conflict of World War One on November 11, 1918. That day became celebrated as Armistice Day to commemorate WW1 Vets (Bless ’em All). Since that time, Armistice Day has evolved into Veterans Day to commemorate all American Veterans who have served in times of peace and war. Today is no exception and we resolve to honor those whose service has been given to our country.

Our family has a number of veterans in our lineage, some alive and some passed on. I did some genealogy work recently and discovered a number of ancestors who served. Several ancestors showed service in the Revolutionary War. Some were in the US Civil War (on both sides) and a few in the Spanish American War. My Grand Dad, Leonard, was in the Navy just after that war.

Verna’s Dad, Bill, served in the US Navy (Aviation) assigned to Patrol Squadron 26 as a crew member on the PB4 Privateer Aircraft with missions around the Mediterranean after WW2.

My Dad, Jack, was aboard the USS Brooklyn during WW2, sometimes in the African theater of operations and also in the Northern Mediterranean supporting Allied forces in Europe.

What is now the senior generation of veterans in our family consists of me. I was in Naval Aviation and served in the capacity of Radio Operator Crewman and Avionics Line Troubleshooter at the Naval Missile Center, Point Mugu, CA. Our mission was to provide airborne targets for the Pacific Missile Range. Those were some fun and interesting times not to mention somewhat risky working around whirling propellers and jet engine intakes and flying aboard some pretty vintage military aircraft. Think Lockheed P2V, Sikorsky SH34, Grumman S2F and various other Convair, Martin, Douglas and Lockheed Airplanes in support of RangeOps.

My two late brothers were also in the Navy; my older brother became an officer under a program where he got a college education at Purdue University in exchange for a career assignment as an Officer. My younger brother, like me, was in for a limited time and served as an Aviation Equipment Technician at NAS Miramar, near San Diego.

Both of my older brother’s kids were in the US Air Force; the older daughter became a linguistic translator for covert operations during the cold war, and his younger son worked as an air traffic controller who, incidentally, went on to make a career as ATC working for the FAA (and still does).

We’re proud of all our family, past and present, who served. We are equally proud of all service men and women that have served, are serving and will serve in the future. May God bless them now and forever, Amen.

For Veterans Day, Verna and I are going to celebrate here at home with a special dinner planned. We hope you have a happy and safe Veteran’s Day as well.