From the on-line book description of “Old Torrance Olmsted Districts:” 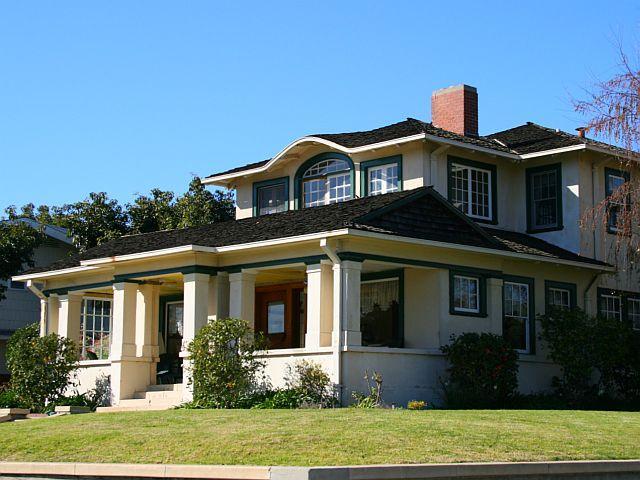 The City of Torrance anchors Los Angeles County’s South Bay area and is known widely as a ‘headquarters city’ for corporate giants Exxon Mobil, Nissan, Honda, and others. Yet the city’s unique history often gets glossed over.

‘Downtown Torrance,’ also known as ‘Old Torrance’ and the ‘Olmsted Districts,’ was laid out in 1912 by Frederick Law Olmsted Jr., the influential urban-designer son of the ‘Father of Landscape Architecture,’ F. L. Olmsted Sr.

The town founder and patriarch, Jared Sidney Torrance, gave Olmsted Jr. the imperative to create a unique industrial city. The results are in the streets, buildings, and parks between Western Avenue and Crenshaw Boulevard, north of today’s Plaza Del Amo and south of Dominguez Way. Some structures in this district were designed by renowned architect Irving Gill, including the Southern Pacific Railroad Bridge and the Pacific Electric Railway depot.

Image above: Verna took this photo of a beautiful Craftsman Home in the Olmstead district. This is one of the many beautiful homes in the district. Click on the image to enlarge.