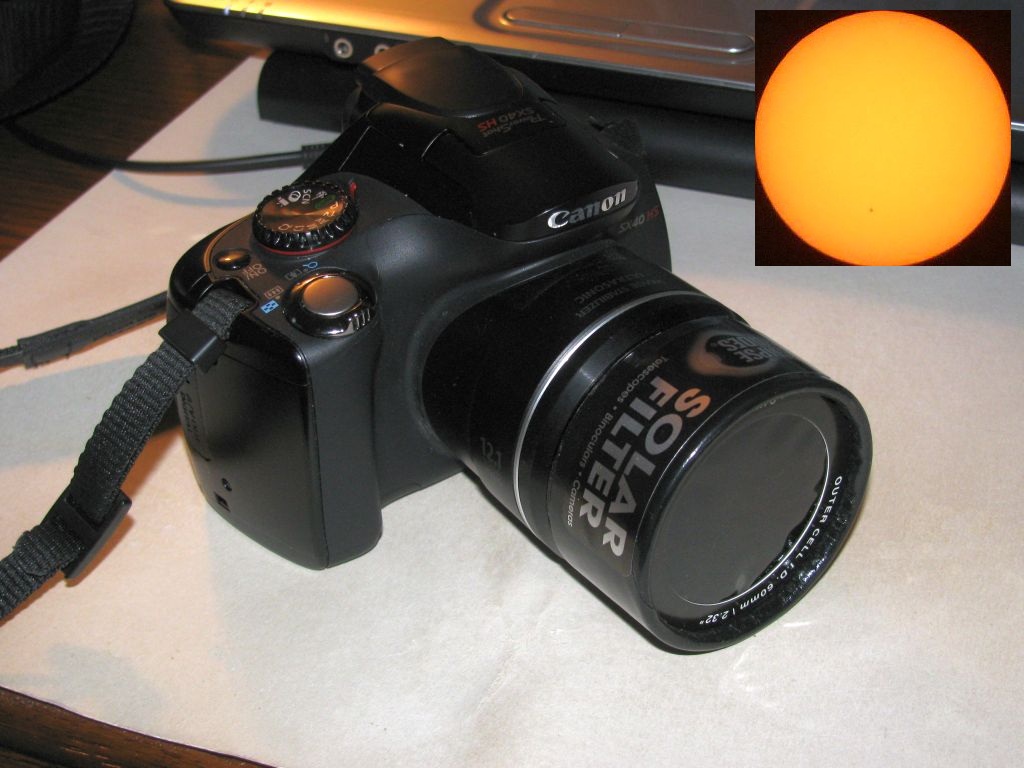 I ordered some solar filters for all of our cameras so we can try to get images of the annular solar eclipse in May. The filters aren’t very substantial since they are made with cardboard tubing and have polymer filters, but they are cost-effective (~$10 each) and they work.

Image: Solar filter over Canon SX-40 with inset of solar photo I took – click to enlarge

The filters come with an adhesive felt liner that you install to allow a snug fit when you slip the filter over the objective lens of the camera. Once installed, the filter doesn’t interfere with the auto-focus mechanisms nor with any other camera function.

After some experimentation, I found that trying to use the cameras in auto modes (other than auto-focus) does not give good results; camera motion would blur most images. I tried using a tripod, but getting the image centered in the camera was taking too long. The eclipse would be over before getting all the proper adjustments.

I finally settled on using the camera in manual mode where you can independently set the film speed, aperture and shutter speed. I settled on ISO 3200 film speed, F5.6 for the aperture and 1/1250 second shutter speed. Holding the camera in my hands, the image was good enough to resolve sunspot 1445 currently transiting the solar surface. I uploaded a large image of the sun to the image viewer. Click on the link to view.