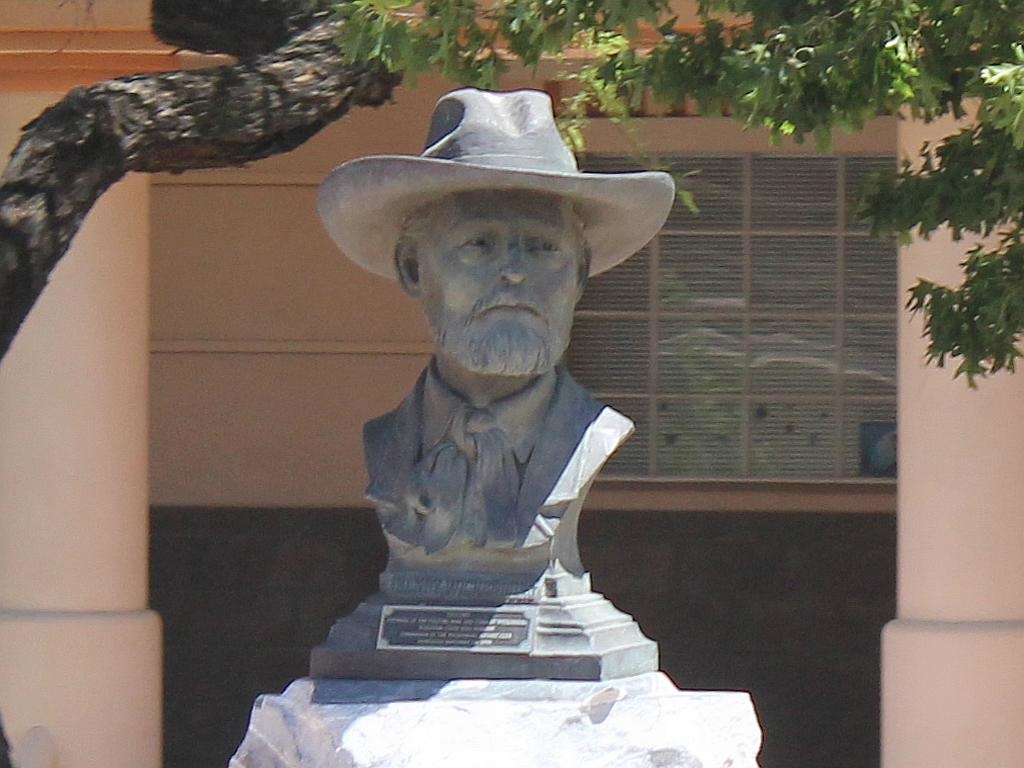 We happened to be over in the downtown area today, to do a little shopping. As we passed the Town Center, I snapped this photo of the bust of gold miner Henry Wickenburg for whom the town was named. This bust is in front of Town Hall.