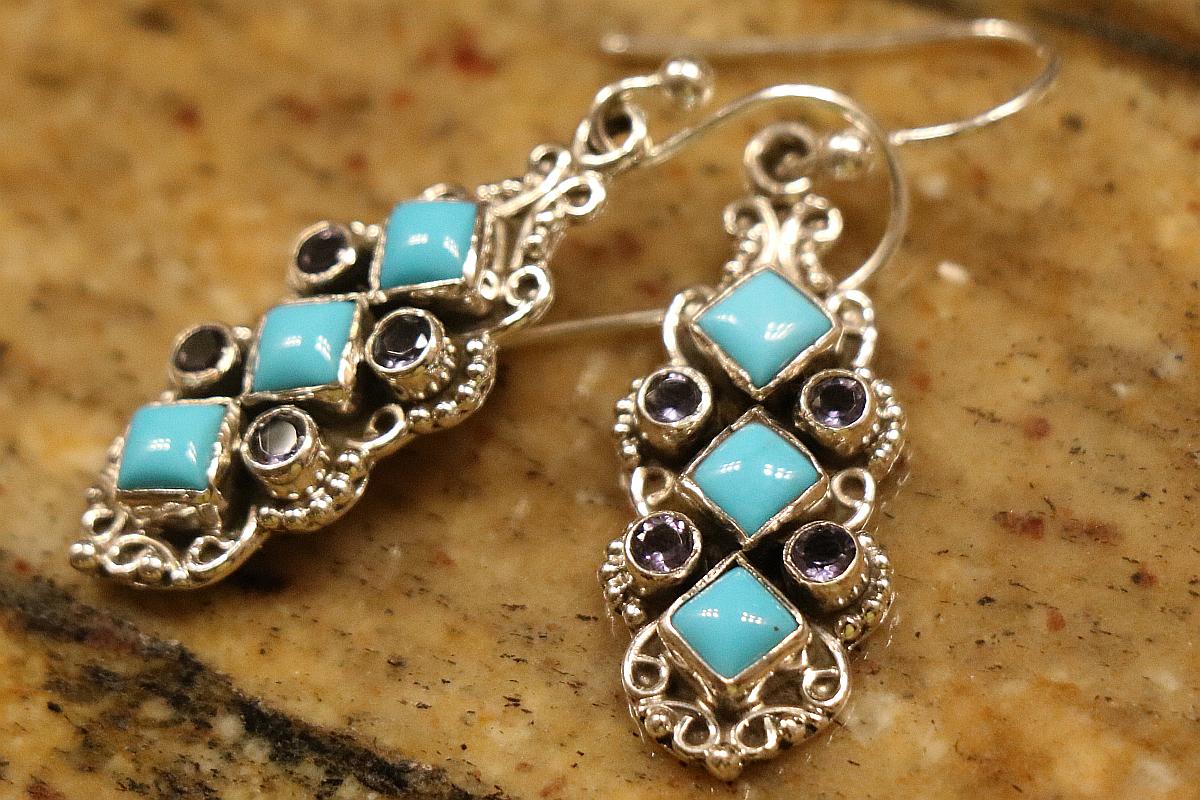 According to the Anniversary Gemstone List, the gemstone for our 21st anniversary is Iolite, a purplish stone with a medium rarity. I found these earrings which are composed of 4 iolite stones (each) and three (each) Sleeping Beauty Turquoise facets. Stirling silver decorative metalwork holds them together. Very Pretty – Click on the image to enlarge.

Our anniversary is still almost a week away and by then, we should have an iolite, peridot and blue topaz ring to complete the set. More pix to come.