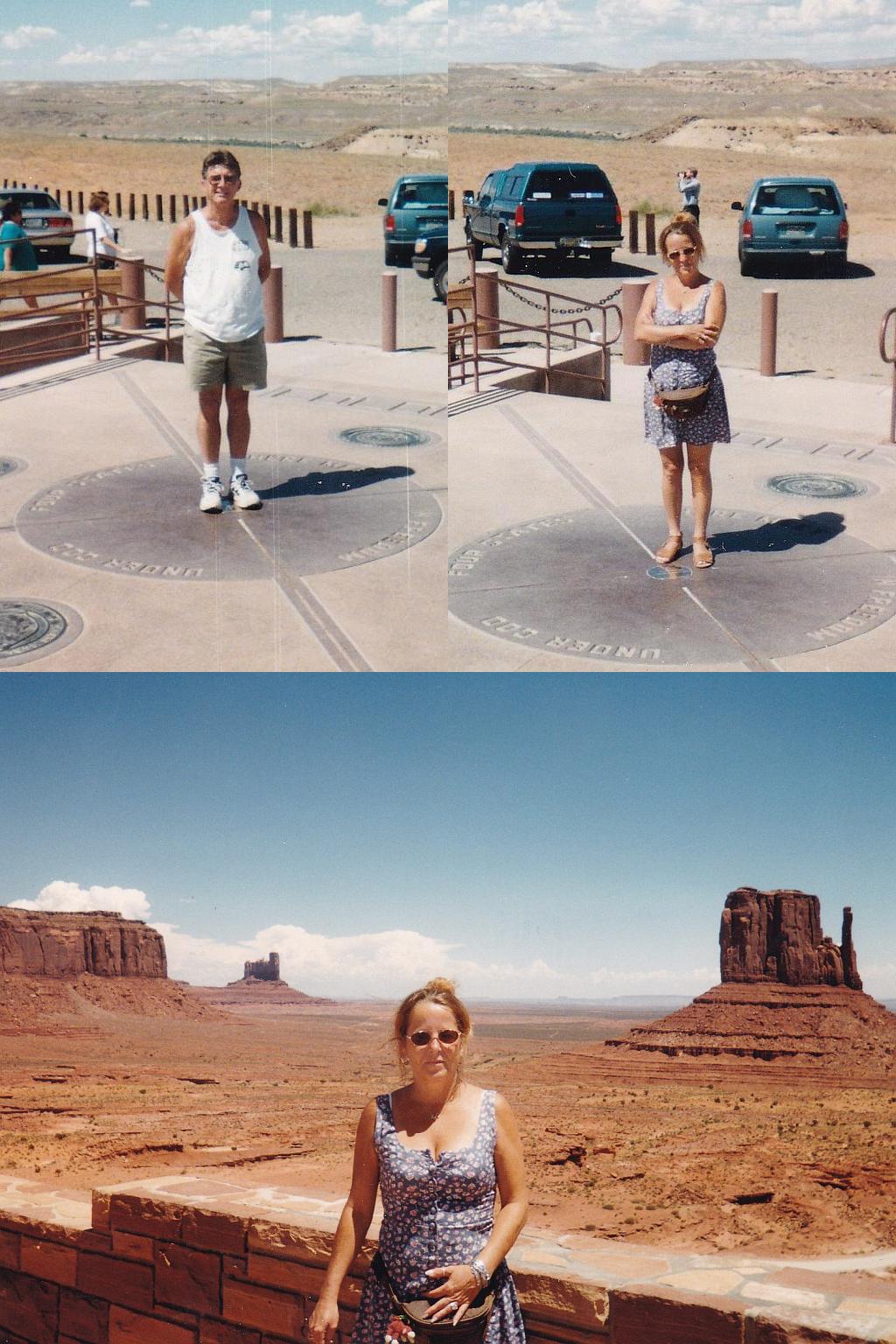 These pictures must have been taken somewhere between 1998 and 2004. Verna and I were touring the southwest states back in the days when we were both working and living in California.

We took the top two photos at the Four Corners Monument where the state lines of Utah, Colorado, Arizona and New Mexico intersect. I took the bottom photo the same day at Monument Valley, which is about a hundred miles west of the corners along the Utah-Arizona border. Verna is posing in front of the famous “Mittens” escarpments made famous by their repeated appearance in Hollywood western movies, mostly by director John Ford featuring John Wayne.

Later this month, we will begin an excursion that takes us to California for a couple of days, then on to Nevada, Utah and finally Arizona again. The Four Corners are not on the itinerary, but we plan on spending a night at Monument Valley.

We always take pictures of our trips and plan on posting some of them here and on other social media. Stay tuned! 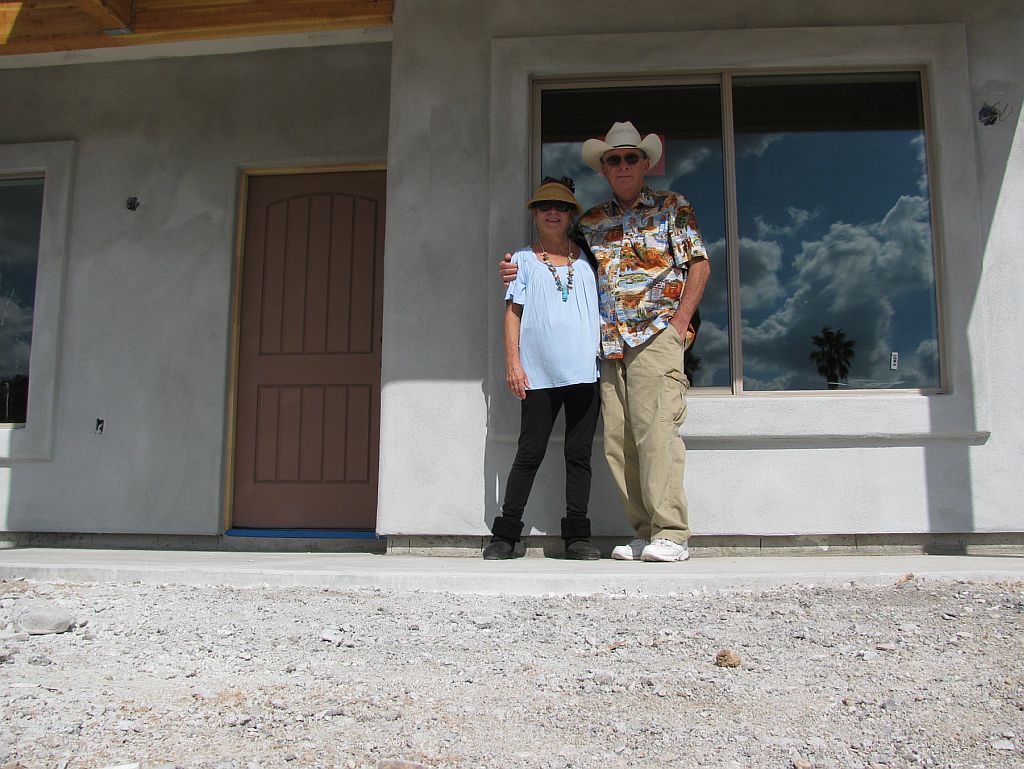 Verna and I posed for this photo in October of 2010, just a few weeks before we moved in to our Arizona Home. The house foundation and framing started in August of that year, so this was about two months of progress into the four months that it took before it was certified for occupancy.

In the six years, four months and one week since this photo was taken, we have been and continue to be extremely happy with our decision to move to Arizona. Life threw some curves at us during that time, but we’ve recovered from those and continue to happily prosper (split infinitive intentional). 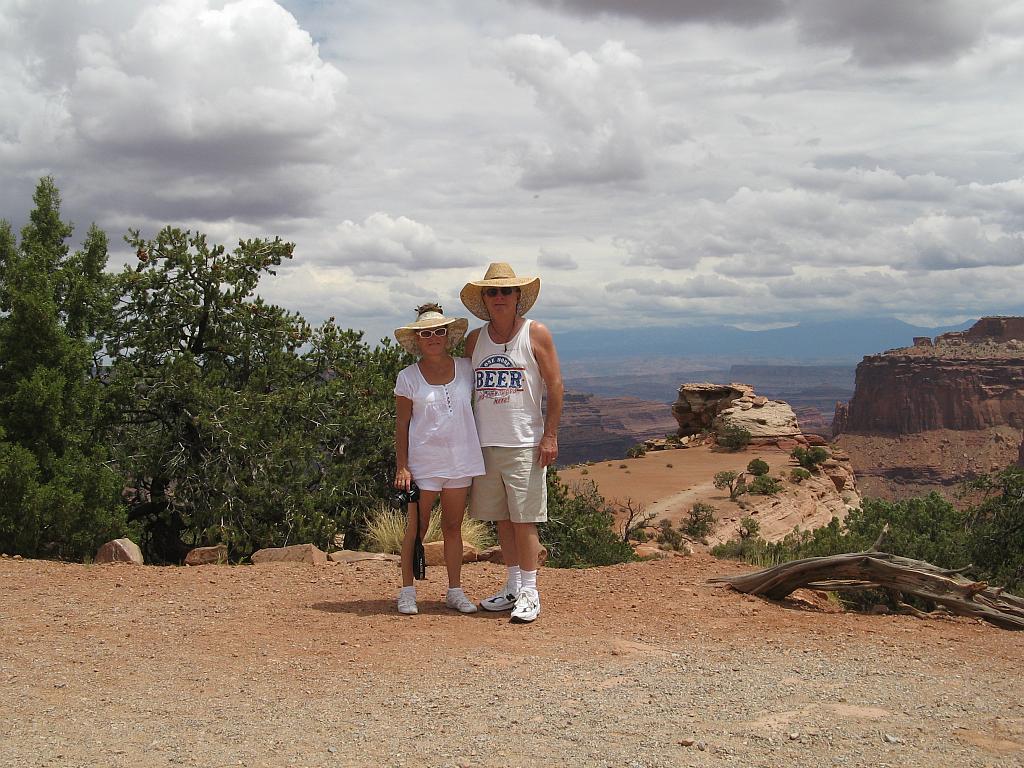 Eight years ago today – Enjoying the beautiful scenery of Canyonlands National Park. This is near where Verna collected a small vial of red dirt that would later be used to provide the color match for paint on our Arizona home. Click on the image to enlarge. 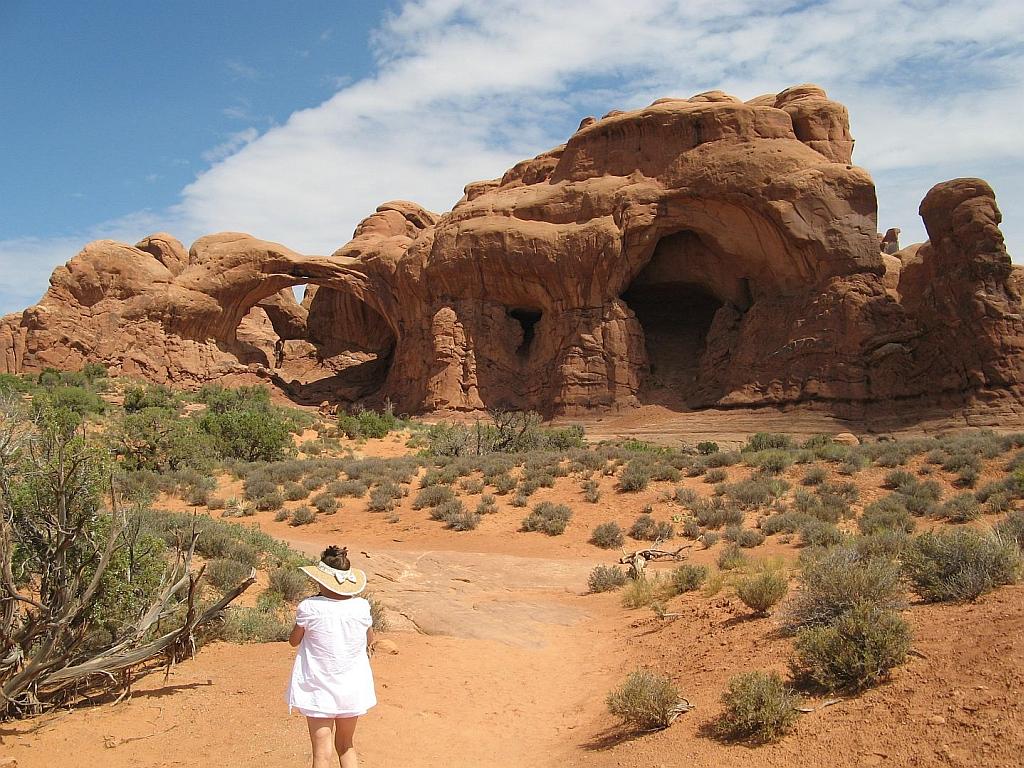 Verna and I were visiting Arches National Park on July 21, 2008. This was when we were still considering retirement in about a year from then and deciding to use up some of our accrued vacation time.

The object in the background is a sandstone hill where three arches-in-progress graphically show the evolution of arches sculpted by wind and rain. There is a mostly completed arch on the left side with a just beginning stage in the middle and an intermediate stage arch-in-the making on the right. 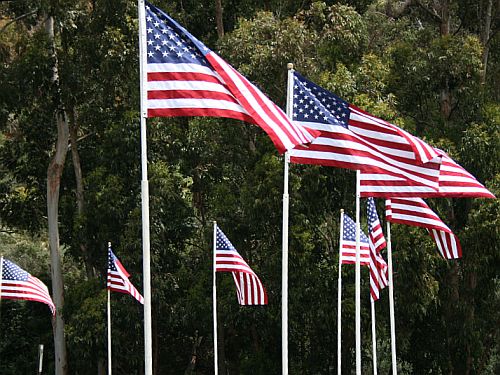 We pause to remember those that have sacrificed their lives in service to our country. From Lexington to Shiloh, from Iwo Jima to Luxembourg, from Seoul to Saigon and from Baghdad to Benghazi, we remember those who did not return alive. God bless them all. 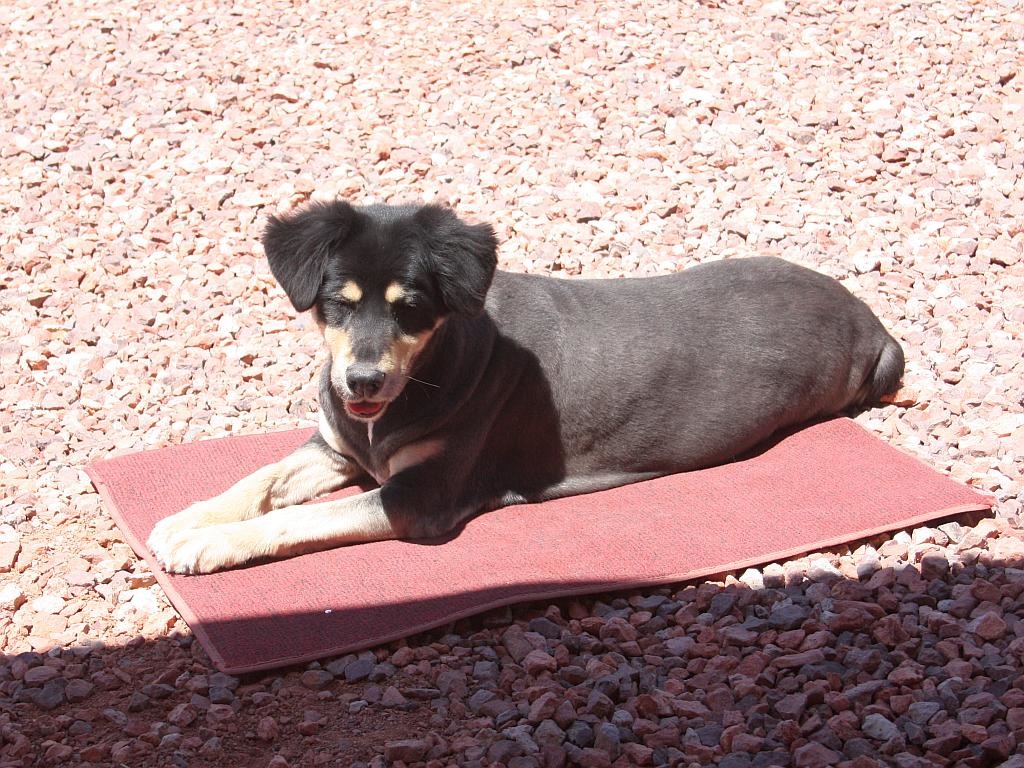 This was our “Bear” relaxing on the RV drive five years ago today. She had just received a trimming of her normally long fur which was too much for the desert heat. She was such a sweet dog and family member and we still miss her. Click on the image to enlarge.