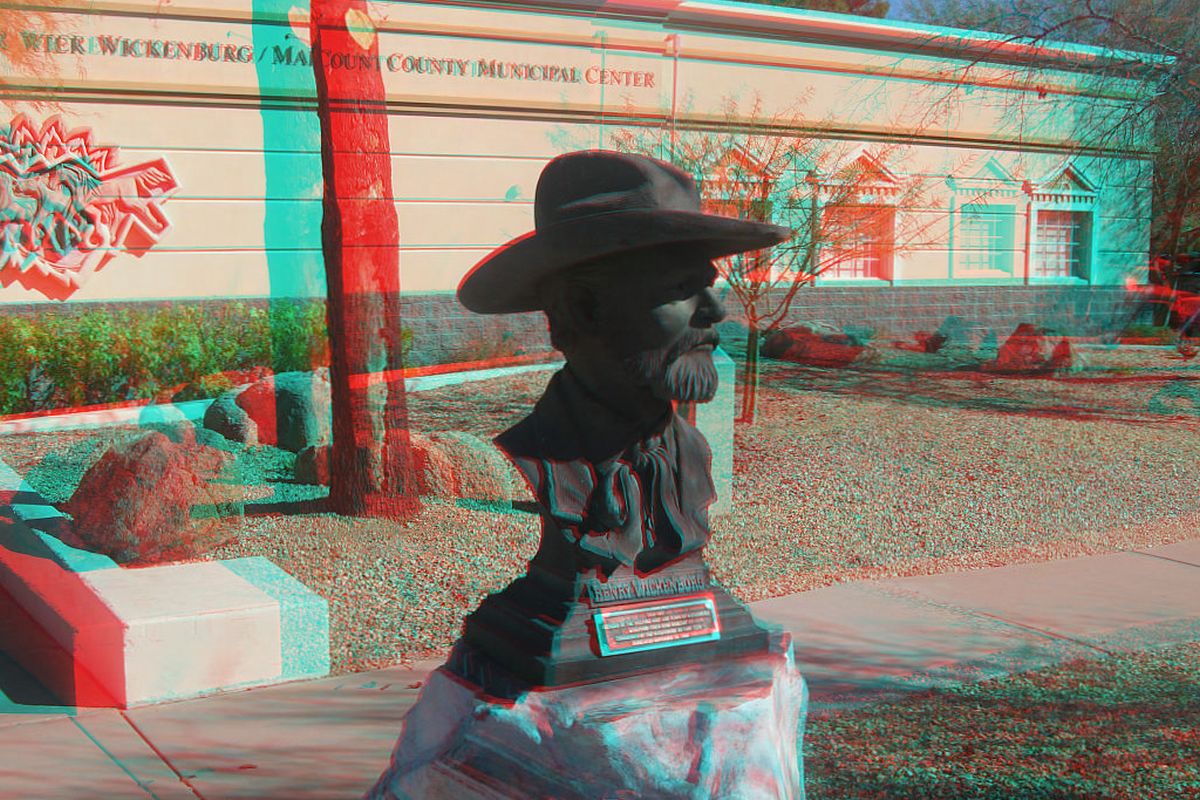 We posted about our Town’s Namesake, Henry Wickenburg, back in June of 2014. At some later date, I made a 3D image of the Henry Wickenburg Bust at the civic center and just am now getting around to posting it. Click on the image to enlarge.

More about Henry Wickenburg from Wikipedia:

If you don’t yet have your pair of red/cyan 3D glasses, you can see the 2D image here.